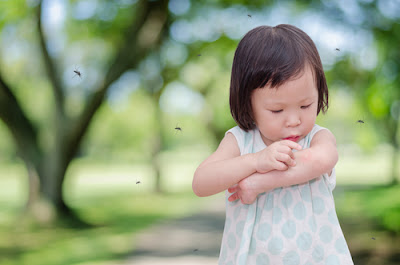 In an outdoor gathering with about four to ten people, some people received several mosquito bites while others remained untouched. What is the reason for this? Do mosquitoes actually distinguish between blood types? According to Jonathan Day, a mosquito expert at University of Florida, mosquitoes prefer some people to others. Here is brief discussion on the type of blood that taste good to mosquitoes and how mosquitoes determine who to bite.


What Are the Human Blood Types?

A blood type, also known as blood group is a scientific classification of the blood of humans and other primates. It is based on the existence or the absence of antigens on red blood cells. An antigen is a foreign substance or toxin which induces the production of antibodies. Antigens used to classify blood types may be carbohydrates, proteins or glycolipids.

The most important blood types are A, B, AB and O. The antigens in these blood types are not found in red blood cells alone. Many people secret them in body fluids such as urine, tears, sweat, and saliva. The secretions in the sweat are partly responsible for the distinction that mosquitoes make between one blood group and another.

Blood Types That Receive More Mosquito Bites
Generally, people who have the O blood type receive more mosquito bites than type B and type A. Some well known scientific studies have proved this:

* A study carried out by Wood and Dore in 1972, published in the Nature journal, revealed that mosquitoes prefer to bite people with blood type O, while type A participants received the least number of bites. A follow-up study showed that this happened because mosquitoes where attracted to people who secrete more saccharides from their skin. Hence, people with the type O blood type with these sugar-like secretions are more likely to get bitten by mosquitoes.

* Japanese researchers, led by Dr. Yoshikazu Shirai, carried out a study in 2004 that supported the results of the 1972 study. In this experiment, 64 participants had their arms exposed to female mosquitoes, whose proboscis had been cut off. Since the mosquitoes where prevented from biting, it was easier for the researchers to get an accurate record of the number that perched on the skin of the participants. After holding each persons arm in an enclosure filled with mosquitoes for 10 minutes each, they discovered that these bugs were twice as interested in the blood of those with type O than those with type A.

* However, a study conducted in 1980 by WHO showed that malaria victims in India were more likely to belong to the type A group. It was observed that when people who have been infected with malaria are exposed to mosquitoes again, the malaria parasites in their blood tend to attract more mosquitoes to them. Apparently, type A people are more likely to contact malaria than other blood types.

How Do Mosquitoes Know Who to Bite?

Mosquitoes have a strong sense of smell. In fact, mosquitoes can detect the gases and odor coming out of your body about 50 meters away. Scientists have discovered that mosquitoes use the following methods to determine the location of their victims:

* Amount of CO2 (Carbon dioxide) emitted: This is principal means of identifying someone to bite. All animals that have blood running in their veins, produce CO2. The volume of carbon dioxide you produce is determined by your metabolic rate, exercise, and the food you eat.

* Chemicals secreted on the skin: People secrete different amounts of some chemicals through their skin. Chemicals like uric acid, lactic acid, and saccharides can be detected by mosquitoes and they could cause such people to be more susceptible to mosquito bites. 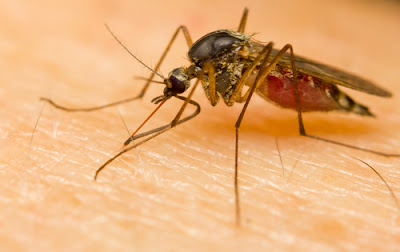 * Blood type: A certain quantity of the antigens present each blood group can be secreted through the skin. Such secretions may not be easy to detect by the human senses but mosquitoes can distinguish between each antigen due to their sharp sense of smell.

Although carbon dioxide detection is the principal method that mosquitoes use to discover their victims, they also use other techniques to distinguish a human or animal from decaying trees and cars, which also emit CO2. These secondary techniques include clothing and movement, which you can easily control to ward off mosquitoes.

* Clothing: Wearing dark clothing will attract more mosquitoes than light colored outfits. This is because mosquitoes cannot fly at high altitudes due to wind, so they stay close to the ground. While flying close to the ground, they compare the color of your clothes to the color of the horizon. Consequently, dark colors will stand out while lighter clothing will blend.

* Motion: A lot of motion will also help a mosquito to notice you. So when you are moving around frequently or making gestures with your hand, you are signaling to the mosquitoes to come after you.

What to Do If You Are Prone to Mosquito Bites

Very little can be done about your blood type because it is inherited through your genes. Similarly, you cannot stop emitting carbon dioxide because you want to keep mosquitoes away from you. But you can use the following simple methods to keep mosquito bites to a minimum, especially if you have the O blood type.

* Protective Clothing: If you have to go outdoors, you should wear protective clothing. You don't have to wear thick heavy clothing like long-sleeved sweaters or baggy jeans. However, you can put on breathable, lightweight clothing like those used by fishermen and athletes. These fabrics are tightly woven so they can protect you from mosquitoes. 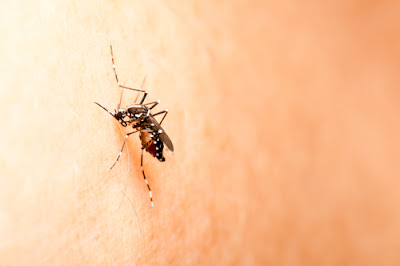 * Insect Repellents: If you want to go outdoors and you must expose some parts of your body, you can apply a mosquito repellent spray to your skin. Most of them contain a certain amount of DEET. However, some researchers have discovered that catnip, which contains essential oils, is also an effective mosquito repellent.